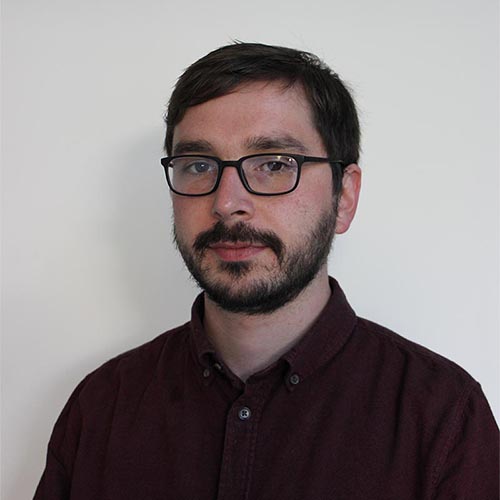 I am an Irish Research Council funded PhD candidate at the School of Languages, Literatures and Cultural Studies, Trinity College Dublin. I am researching the history and semiotics of the sans-serif letter in the twentieth century under the supervision of David Scott, professor of Textual and Visual Studies. I received a first-class honours BA in Visual Communications from Dublin Institute of Technology in 2007, and an MPhil with distinction in Textual and Visual Studies from Trinity College Dublin in 2012. I am also a professional graphic designer.

Writing on how best to approach the semiotics of Algirdas Julien Greimas, Fredric Jameson writes that one should ‘feel free to bricolate, that is, in plainer language, simply to steal the pieces that interest or fascinate us, and to carry off our fragmentary booty to our intellectual caves’ [1]. I think we can approach David Scott’s writings in a similar manner: as a rich repository of semiotic tools to be appropriated by the bricoleur. This paper will explore some of the semiotic theories utilised by David in his analyses of textual–visual interaction in literature (Pictorialist Poetics, 1988; Semiologies of Travel, 2004) and graphic design (European Stamp Design: A Semiotic Approach, 1995; Poetics of the Poster, 2010).

Using a predominantly Peircean approach, David bypasses the failings said to blight semiotics – ahistoricism, idealist ‘structures’ – and focuses on the hermeneutic process of semiosis. As Jameson wrote of Greimas, after we ‘carry off our fragmentary booty’ of theory, ‘we will find ourselves obliged, in the fullness of time, to return to the central laboratory complex for conceptual spare parts and missing tools and instruments’ [2]; so it is for the reader of Scott. For the bricoleur in search of a theoretical framework, Scott’s writing is not simply a well-curated collection of theorists’ tools: in his adaption of a Peircean semiotics informed by French structuralism and post-structuralism to the study of the textual-visual, Scott has developed a rigorous and (crucially) useful method of semiotic analysis.